Often football clubs receive the most attention for their performance on the pitch and less for the things that happen behind the scenes, such as their training and fitness facilities.

However, these infrastructures and ecosystems are essential to the performance of a club and also to the sustainability of the team.

The first of its kind in Singapore, the integrated training center houses physiotherapy rooms, a gym and an analysis room to develop and care for players holistically.

Inspired by the “best practices” of European football clubs, the new LCS training center aims to support and develop its players on and off the pitch.

To enable this, the facility along Mattar Road has a wealth of resources to meet the different needs of players.

Upon entering the training centre, visitors will see five extensive football pitches, each with a different set of features. The iconic colored blocks that are synonymous with MacPherson serve as the backdrop to the locations, adding a nice touch of heartfelt ambiance to the modern facility. 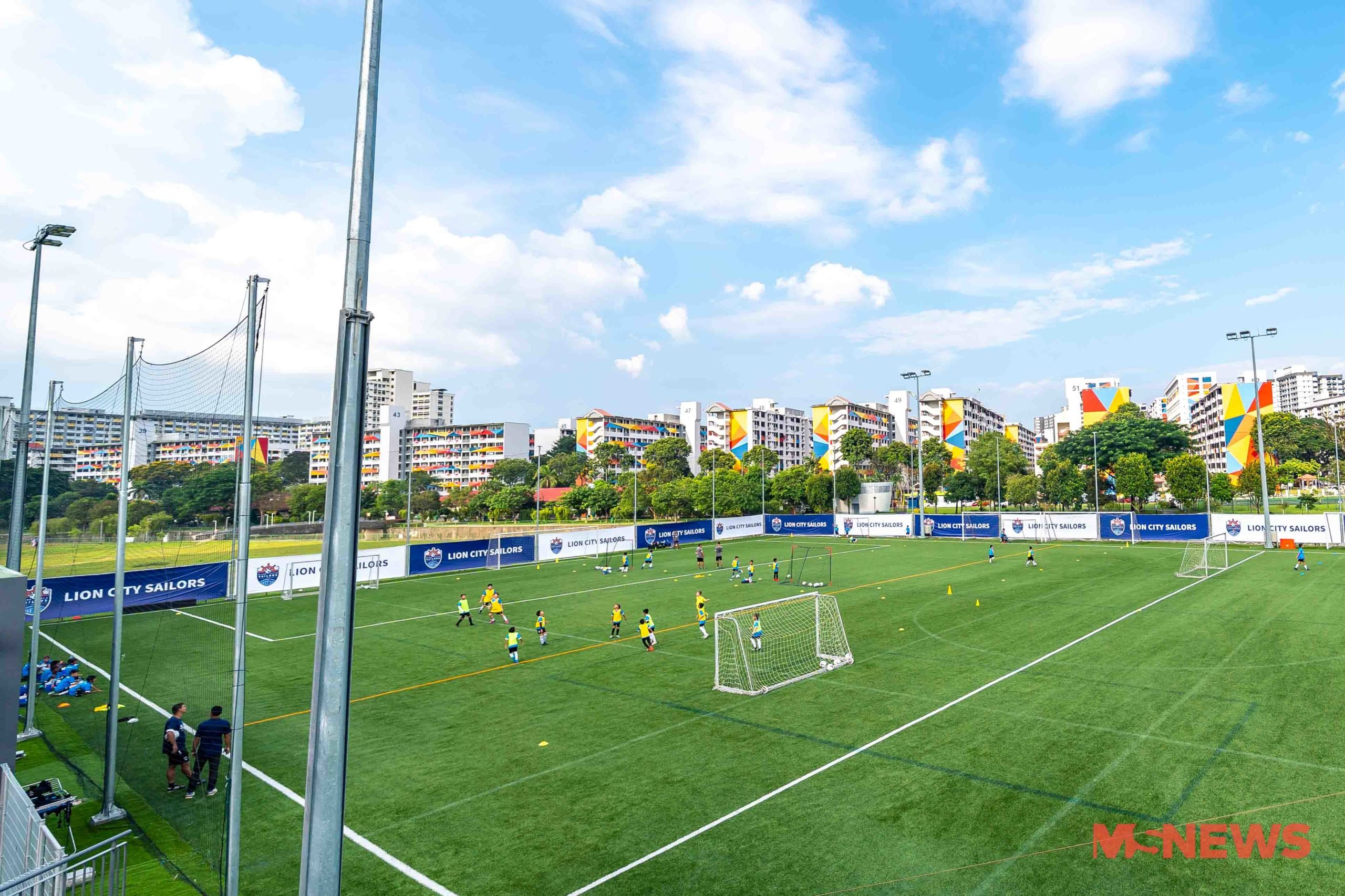 Gym and physio room for players to train and recover

Behind the glass panels surrounding the pitches are a number of facilities aimed at bringing out the best in its players.

The video analysis room, for example, allows coaches or players to review game footage, so they can look for things they did well or areas for improvement. On the other side of the bridge is the first-team physiotherapy room, where players can receive treatment for some of their minor injuries. 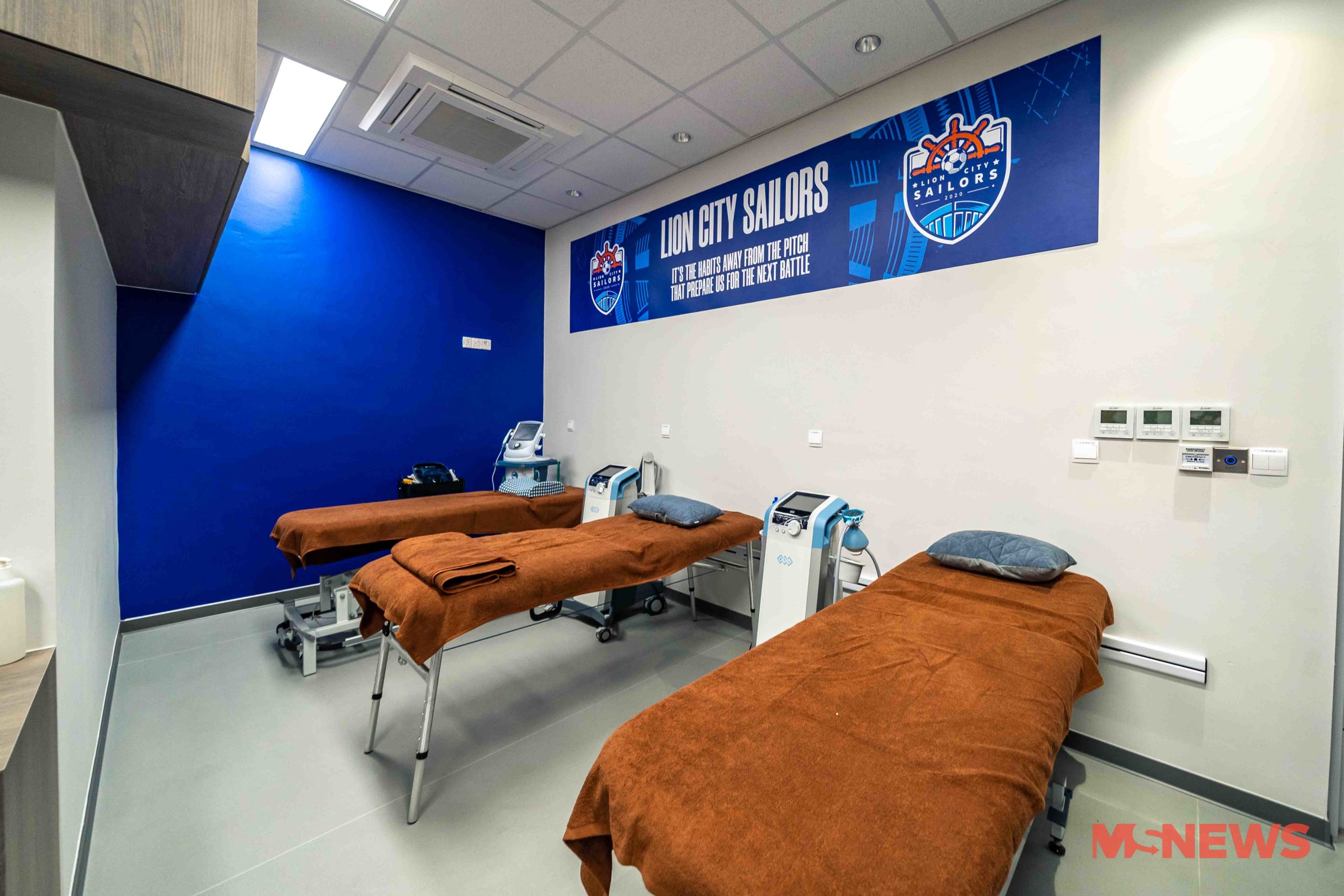 The training center also houses an indoor gym where players can train or condition their bodies. The gym follows an open concept, with far fewer fitness machines than commercial gyms. This apparently allows fitness trainers to conduct a wider variety of activities in the vacant space. Perhaps the most picturesque area is the dressing room, which lights up in the club colors – blue and white. First-team players each have their own space in the dressing room, based on their kit numbers. 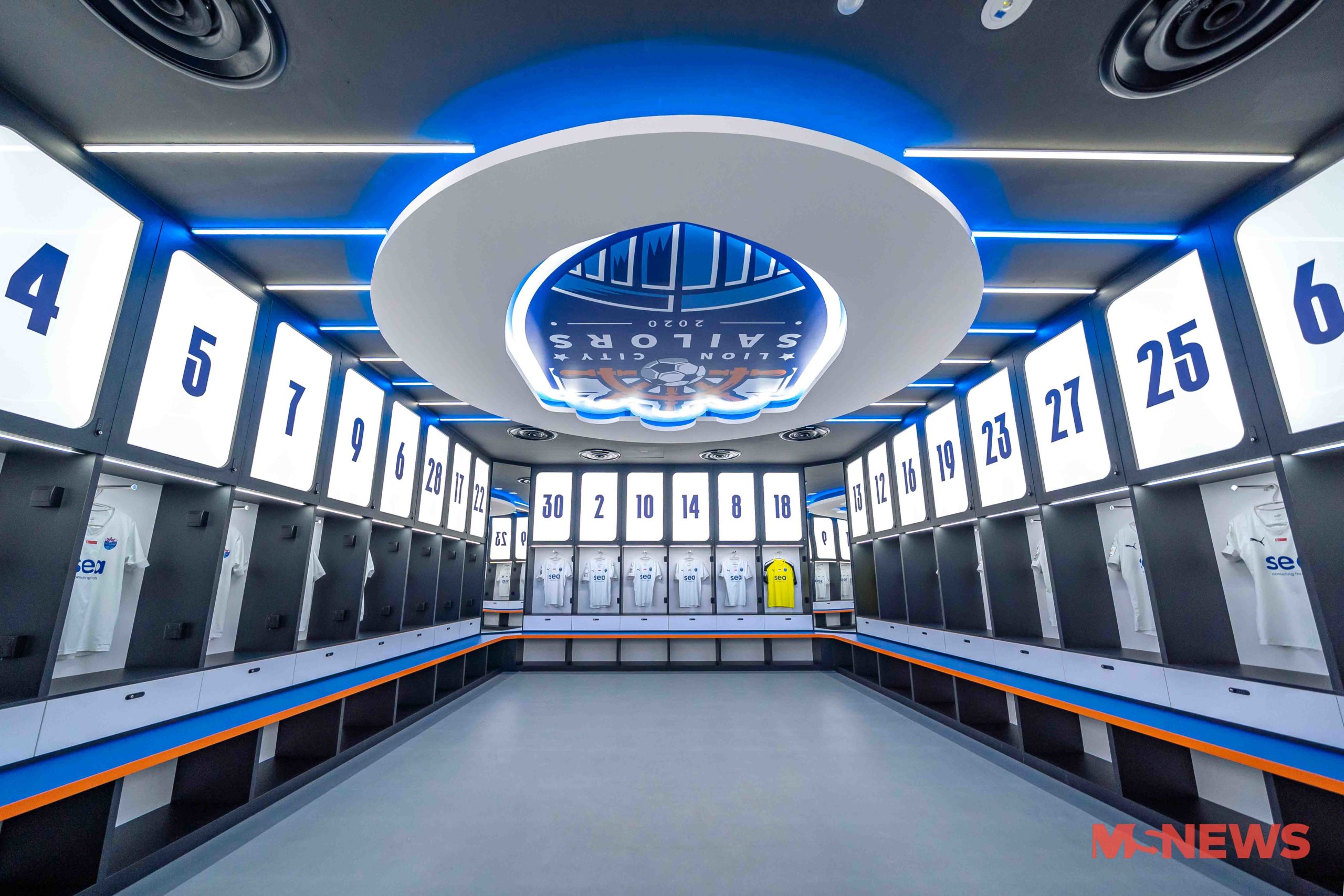 Club committed to the development of young players

Besides the first team, the training academy also welcomes young footballers from the football school and the football academy. 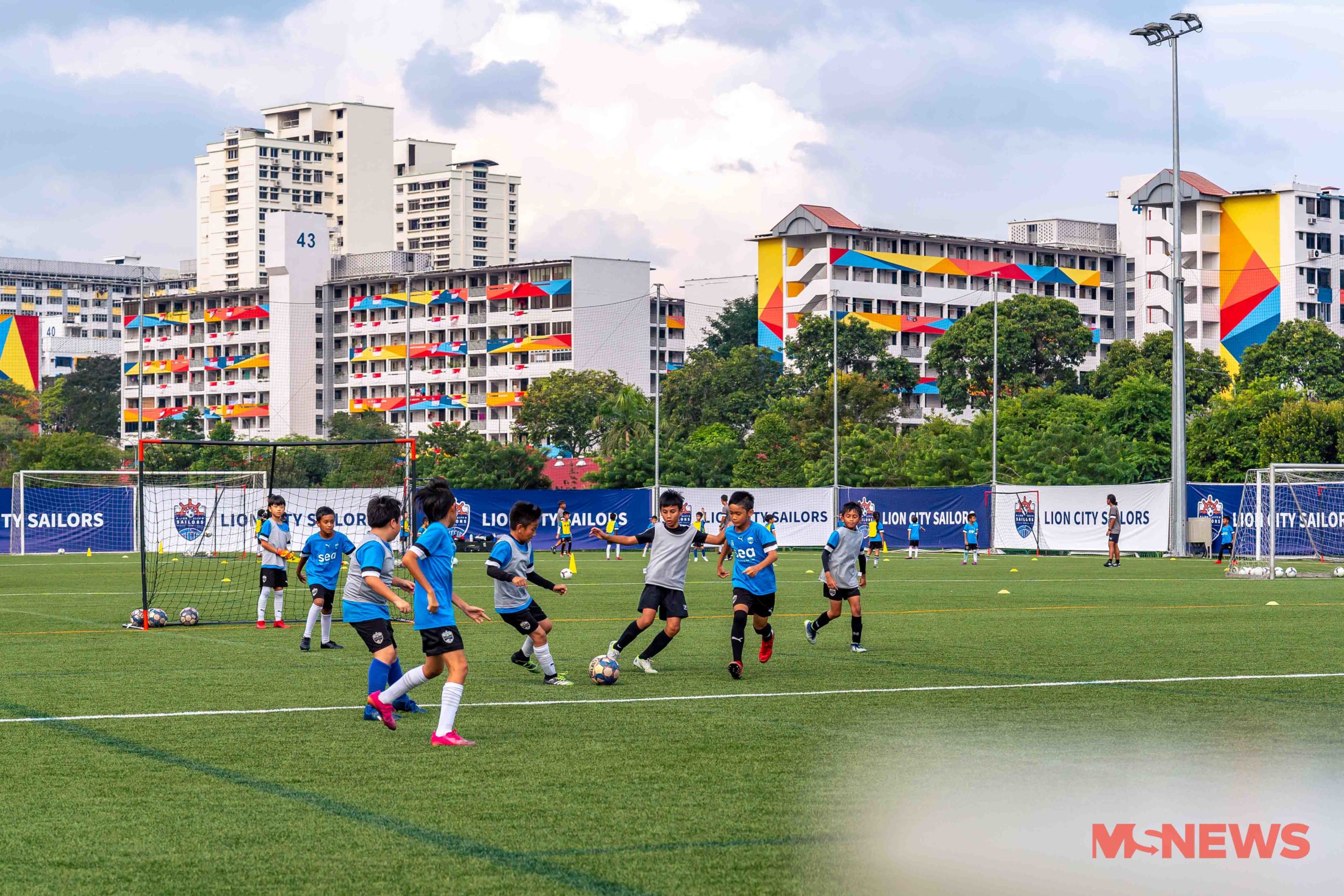 Open to all children, the Football School allows the youngest to indulge in sport as an extracurricular activity in the sun with friends.

From there, the club will offer scholarships to train at the Football Academy, which will give them access to LCS facilities and expertise.

Speaking at the opening ceremony of the training center, Forrest Li – chairman of Lion City Sailors and founder of Sea Limited – said he hoped the club’s Academy graduates would join the LCS First team. Team. 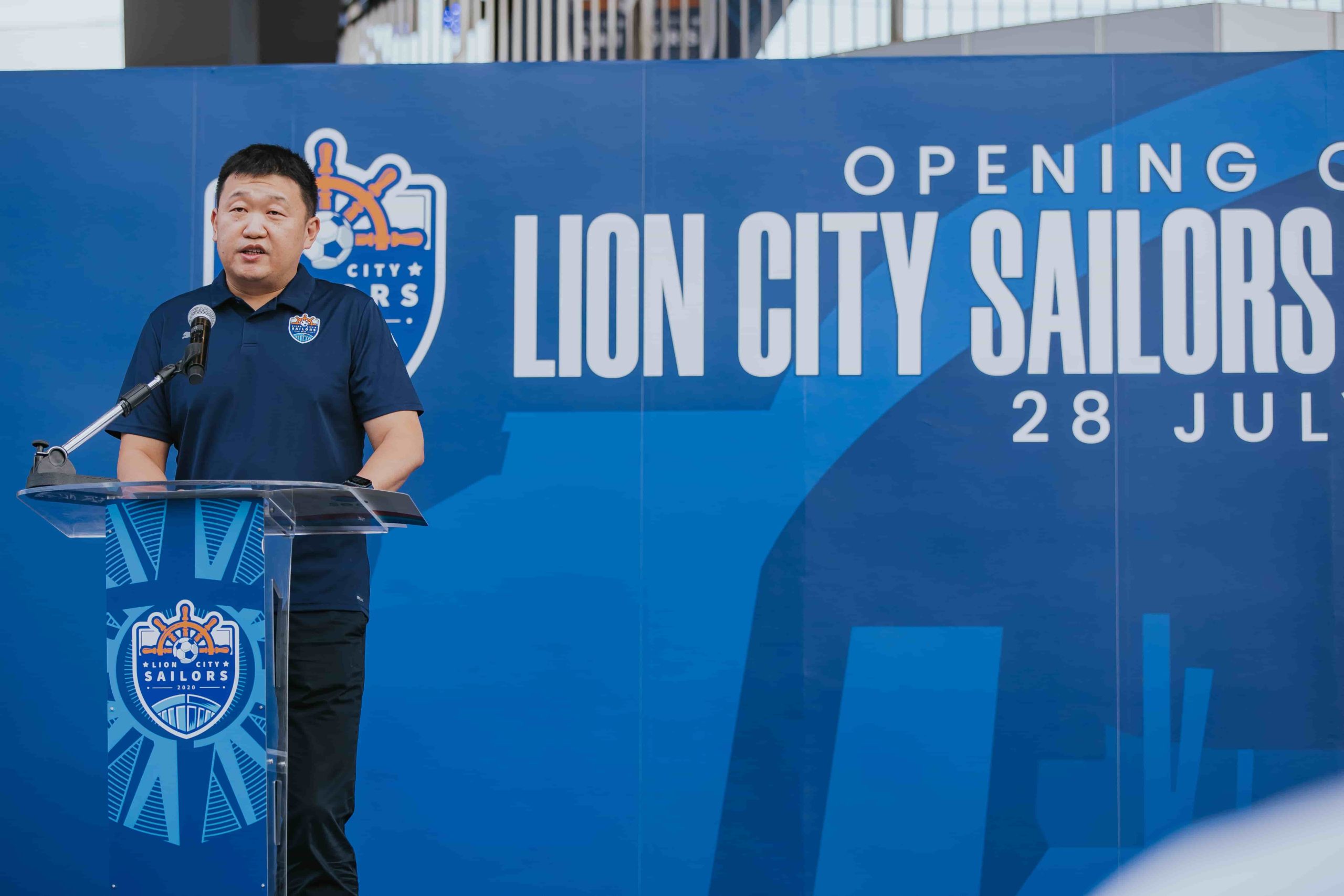 However, the ambition does not end there, as Mr Li shared his hopes for some of the young players who are going through their pipeline to join other local teams or even other clubs in Europe.

Culture, Community and Youth Minister Edwin Tong also made an appearance at the opening. In his speech, Mr. Tong stressed the importance of developing football talents from an early age. In particular, the minister was encouraged by the LCS’s commitment to developing young footballers on and off the pitch.

Recognizing that football has a “special place in all of our hearts”, Mr Tong said the government remained committed to developing and promoting the sport, which has the potential to inspire and unite Singaporeans.

Congratulations to LCS for the opening of its new training center.

As well as elevating its existing squad of footballers to greater heights, we hope the facility will go a long way in nurturing more young homegrown talent in the years to come.

With facilities like this, we also hope that the standard of football in Singapore will rise to match the enthusiasm of those who love the sport here.

The good and the bad of Day 12 of 49ers training camp: Trey Lance’s rollercoaster ride continues

Home visits: can I do strength exercises at home? | Opinion